MOUNTAINS ARE THE HARSHEST BUT ALSO THE FAIREST TEACHERS YOU CAN GET. IF YOU ALWAYS FOLLOW THEIR RULES, THEY WILL PROVIDE YOU WITH THE MOST AMAZING MOMENTS.

WHAT GOT YOU INTO MOUNTAINEERING? When I was 12 years old, my parents sent me to Val de Ferret to learn French. Instead of learning the language, I discovered a love for the mountains. From that moment on, I always spent a lot of time out in the mountains.

WHAT ARE YOUR GOALS AND DREAMS? I would like to visit the world's mountains and explore as much new terrain as possible. Whether classic mountaineering, mixed climbing or big walls. When I'm home in the Alps, I'm becoming more and more involved with projects that also involve paragliding.

ACHIEVEMENTS Speed ascent from the lowest to the highest point in Switzerland and back into the valley, combined with cycling and paragliding, 2018
Speed ascent of Eiger, Mönch and Jungfrau, combined with paragliding, 2017
Rope team speed record with Ueli Steck, Eiger North Face, 2015
First ascents in China, Norway and in the Alps
Member of the SAC Expeditionsteam 2014-2016

What MAMMUT means to me MAMMUT is like a big brother, who always supports and opens new doors for me. 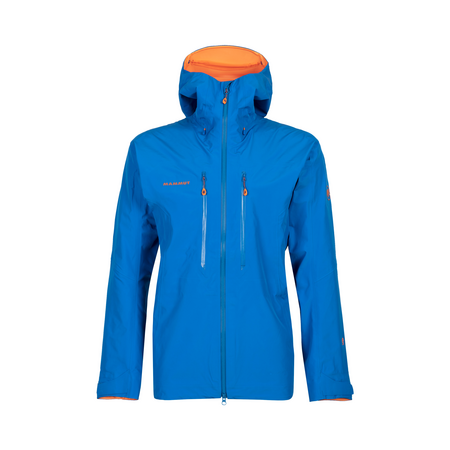